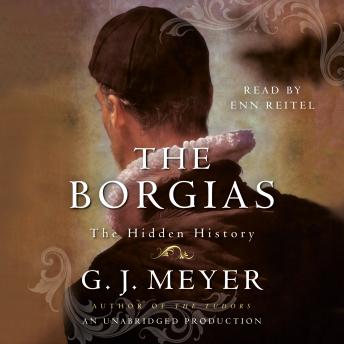 The startling truth behind one of the most notorious dynasties in history is revealed in a remarkable new account by the acclaimed author of The Tudors and A World Undone. Sweeping aside the gossip, slander, and distortion that have shrouded the Borgias for centuries, G. J. Meyer offers an unprecedented portrait of the infamous Renaissance family and their storied milieu.

They burst out of obscurity in Spain not only to capture the great prize of the papacy, but to do so twice. Throughout a tumultuous half-century—as popes, statesmen, warriors, lovers, and breathtakingly ambitious political adventurers—they held center stage in the glorious and blood-drenched pageant known to us as the Italian Renaissance, standing at the epicenter of the power games in which Europe’s kings and Italy’s warlords gambled for life-and-death stakes.

Five centuries after their fall—a fall even more sudden than their rise to the heights of power—they remain immutable symbols of the depths to which humanity can descend: Rodrigo Borgia, who bought the papal crown and prostituted the Roman Church; Cesare Borgia, who became first a teenage cardinal and then the most treacherous cutthroat of a violent time; Lucrezia Borgia, who was as shockingly immoral as she was beautiful. These have long been stock figures in the dark chronicle of European villainy, their name synonymous with unspeakable evil.

But did these Borgias of legend actually exist? Grounding his narrative in exhaustive research and drawing from rarely examined key sources, Meyer brings fascinating new insight to the real people within the age-encrusted myth. Equally illuminating is the light he shines on the brilliant circles in which the Borgias moved and the thrilling era they helped to shape, a time of wars and political convulsions that reverberate to the present day, when Western civilization simultaneously wallowed in appalling brutality and soared to extraordinary heights.

Stunning in scope, rich in telling detail, G. J. Meyer’s The Borgias is an indelible work sure to become the new standard on a family and a world that continue to enthrall.

Praise for The Borgias

“A vivid and at times startling reappraisal of one of the most notorious dynasties in history . . . If you thought you knew the Borgias, this book will surprise you.”—Tracy Borman, author of Queen of the Conqueror and Elizabeth’s Women

“The mention of the Borgia family often conjures up images of a ruthless drive for power via assassination, serpentine plots, and sexual debauchery. . . . [G. J. Meyer] convincingly looks past the mythology to present a more nuanced portrait.”—Booklist

“Meyer brings his considerable skills to another infamous Renaissance family, the Borgias [and] a fresh look into the machinations of power in Renaissance Italy. . . . [He] makes a convincing case that the Borgias have been given a raw deal.”—Historical Novels Review

“Fascinating . . . a gripping history of a tempestuous time and an infamous family.”—Shelf Awareness

Dr. Dale Mitchell: Books are great, but audiobooks make catching up on lengthy stories easy no matter where you’re. The dilemma is they can be expensive, so to help those without much literary cash to burn, we’ve rounded up the best sites to download audiobooks at no cost, whichever device you want to listen on.

Bernice Gaylord: To purchase an audiobook without a membership, simply find a name you’d like then select Add to Cart (desktop ) or Buy for $X.XX (cellular site). Note:Even if you don’t have a membership, you’ll be asked to register with your account to place an order. 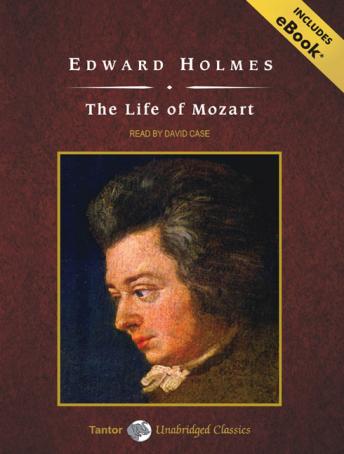 In his timeless biography-written long before the significance of Mozart’s work was fully realized-author Edward Holmes reveals the musician’s character and genius, his struggles, his influence on art, and the brilliant reputation that surrounded him. Published in 1845 as the first authentic narrative of the life of Mozart to appear in English, it was also the first biography after the composer’s death in 1791 to be based upon his letters. Holmes’s exploration of Mozart’s work comes from the perspective of a cultured mind of the era.

Jerrod Greenfelder: Books are great, however audiobooks make catching up on long stories simple wherever you’re. The dilemma is that they can be costly, so to help out those without much literary money to burn, we’ve rounded up the top sites to download audiobooks at no cost, no matter which device you would like to hear.

Bernice Gaylord: To buy an audiobook without a membership, simply find a title you would like then select Add to Cart (desktop ) or Buy for $X.XX (cellular site). Note:Even in the event that you don’t have a membership, then you are going to be asked to sign in with your account to place an order. 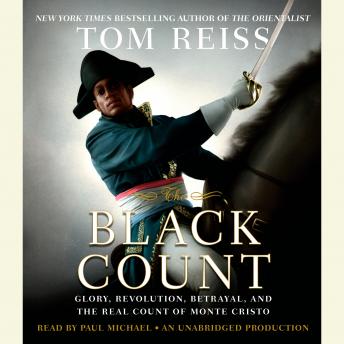 WINNER OF THE 2013 PULITZER PRIZE FOR BIOGRAPHY

General Alex Dumas is a man almost unknown today, yet his story is strikingly familiar—because his son, the novelist Alexandre Dumas, used his larger-than-life feats as inspiration for such classics as The Count of Monte Cristo and The Three Musketeers.

But, hidden behind General Dumas’s swashbuckling adventures was an even more incredible secret: he was the son of a black slave—who rose higher in the white world than any man of his race would before our own time. Born in Saint-Domingue (now Haiti), Alex Dumas made his way to Paris, where he rose to command armies at the height of the Revolution—until he met an implacable enemy he could not defeat.

The Black Count is simultaneously a riveting adventure story, a lushly textured evocation of 18th-century France, and a window into the modern world’s first multi-racial society. TIME magazine called The Black Count ‘one of those quintessentially human stories of strength and courage that sheds light on the historical moment that made it possible.’ But it is also a heartbreaking story of the enduring bonds of love between a father and son.

Angelica Champlin: Books are great, but audiobooks make catching up on lengthy stories easy no matter where you are. The problem is they may be expensive, so to help out those without much literary money to burn, we’ve rounded up the top websites to download audiobooks at no cost, no matter which device you want to hear.

Prof. Jayce Volkman: To buy an audiobook with no membership, simply find a name you would like then select Add to Cart (desktop ) or Purchase for $X.XX (cellular site). Note:Even in the event that you don’t have a membership, then you’ll be asked to sign in with your account. 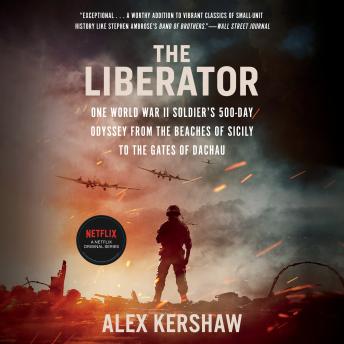 The true story of the bloodiest and most dramatic march to victory of the Second World War: the battlefield odyssey of a maverick U.S. Army officer and his infantry unit as they fought for over five hundred days to liberate Europe – from the invasion of Italy to the gates of Dachau.

From July 10, 1943, the date of the Allied landing in Sicily, to May 8, 1945, when victory in Europe was declared – the entire time it took to liberate Europe – no regiment saw more action, and no single platoon, company, or battalion endured worse, than the ones commanded by Felix Sparks, who had entered the war as a greenhorn second lieutenant of the 157th “Eager for Duty” Infantry Regiment of the 45th “Thunderbird” Division.  Sparks and his fellow Thunderbirds fought longest and hardest to defeat Hitler, often against his most fanatical troops, when the odds on the battlefield were even and the fortunes of the Allies hung in the balance – and when the difference between defeat and victory was a matter of character, not tactics or armor.

Drawing on extensive interviews with Sparks and dozens of his men, as well as over five years of research in Europe and in archives across the US, historian Alex Kershaw masterfully recounts one of the most inspiring and heroic journeys in military history.  Over the course of four amphibious invasions, Sparks rose from captain to colonel as he battled from the beaches of Sicily through the mountains of Italy and France, ultimately enduring bitter and desperate winter combat against the diehard SS on the Fatherland’s borders.  Though he lost all of his company to save the Allied beach-head at Anzio and an entire battalion in the dark forests of the Vosges, Sparks miraculously survived the long bloody march across Europe and was selected to lead a final charge to Bavaria to hunt down Adolf Hitler.

In the dying days of the Third Reich, Sparks and his men crossed the last great barrier in the West, the Rhine, only to experience some of the most intense street fighting and close combat suffered by Americans in WWII.  When they finally arrived at the gates of Dachau, Hitler’s first and most notorious concentration camp, the Thunderbirds confronted scenes that robbed the mind of reason.  With victory within grasp, Sparks confronted the ultimate test of his humanity: after all he had faced, could he resist the urge to wreak vengeance on the men who had caused untold suffering and misery?

Written with the narrative drive and vivid immediacy of Kershaw’s previous bestselling books about American infantrymen in WWII, The Liberator is a story for the ages, an intensely human and dramatic account of one of history’s greatest warriors and his unheralded role in America’s finest achievement – the defeat of Nazi Germany.

Dr. Dale Mitchell: Books are great, however audiobooks make catching up on lengthy stories easy no matter where you’re. The problem is they may be expensive, so to help out those without even literary cash to burn, we’ve rounded up the top websites to download audiobooks for free, whichever device you want to hear.

Bernice Gaylord: To buy an audiobook with no membership, simply find a title you’d like then select Add to Cart (desktop ) or Purchase for $X.XX (mobile site). Note:Even if you don’t have a membership, then you’ll be asked to register with your account.